This Sunday Federal Reserve Chairman, Jerome Powell, was on CBS News 60 Minutes re-affirming his position on consumer inflation. Last summer the Fed announced a plan which will allow the economy to run hotter than normal. They stated they will let inflation run moderately above, for some time, the Fed’s 2% target before hiking interest rates. Powell insists inflation will be transient but many experts disagree. Is Powell right and inflation will be transitory? Or will the Fed run the economy too hot and cause sustained high inflation?

Let’s quickly identify what some of the near-term drivers are for both inflation and disinflation/deflation.

Why is this? It appears firms have yet to pass along those costs to the customer. In Q4 of 2020, we saw corporate margins were compressed telling us that up until now most companies have been taking the brunt of increased prices through reduced profit margins. But now we are at an inflection point in the re-opening. With the success of the vaccine roll-out more and more consumers who are flush with cash are seeking goods and services at an increasing rate. Corporates know this and should begin passing on these prices which should result in rising consumer inflation. Now the question becomes how sustainable is all of this and will it fade towards the end of this year?

To answer that let’s take a look at what we know. We know a large portion of the increase in price pressure is coming from damaged supply chains. While this may persist for several months we will eventually return to some level of normalcy causing prices to mean revert. We know both individuals and families are flush with cash and ready to spend. Congress seeing such strong consumer balance sheets reduces the support for additional broad-based stimulus checks. Not having additional transfer payments could reduce a large portion of consumer’s propensity to spend. Last but not least we know the Federal Reserve can hypothetically only move rates up, resulting in a tightening of financial conditions for both consumers and corporates. Taking all of this into consideration it becomes hard to see a clear path towards a sustainable inflation rate above 2%.

To summarize – Yes, consumer inflation is likely coming. We should see a cyclical upturn over the next few quarters but it is hard to see it sticking around for a sustained period of time. All of this barring any new big change in fiscal policy impacting the consumer directly. 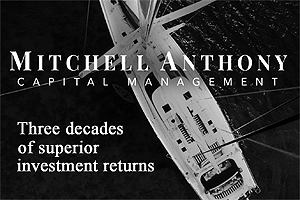